A Conversation with a PMI-PBA Certification Holder

Pursuing a professional certification, such as those awarded by Project Management Institute® (PMI)® and International Institute of Business Analysis™ (IIBA)®, is no small undertaking. It requires focus, determination, and tenacity. Especially, the PMI-PBA Certification.

So when one of my students shares their good news on passing a certification test after taking one of our prep courses, I like to follow up and learn a little more about what worked for them so I can pass on tips for accomplishing certification goals and provide inspiration to my students for seeing it through. 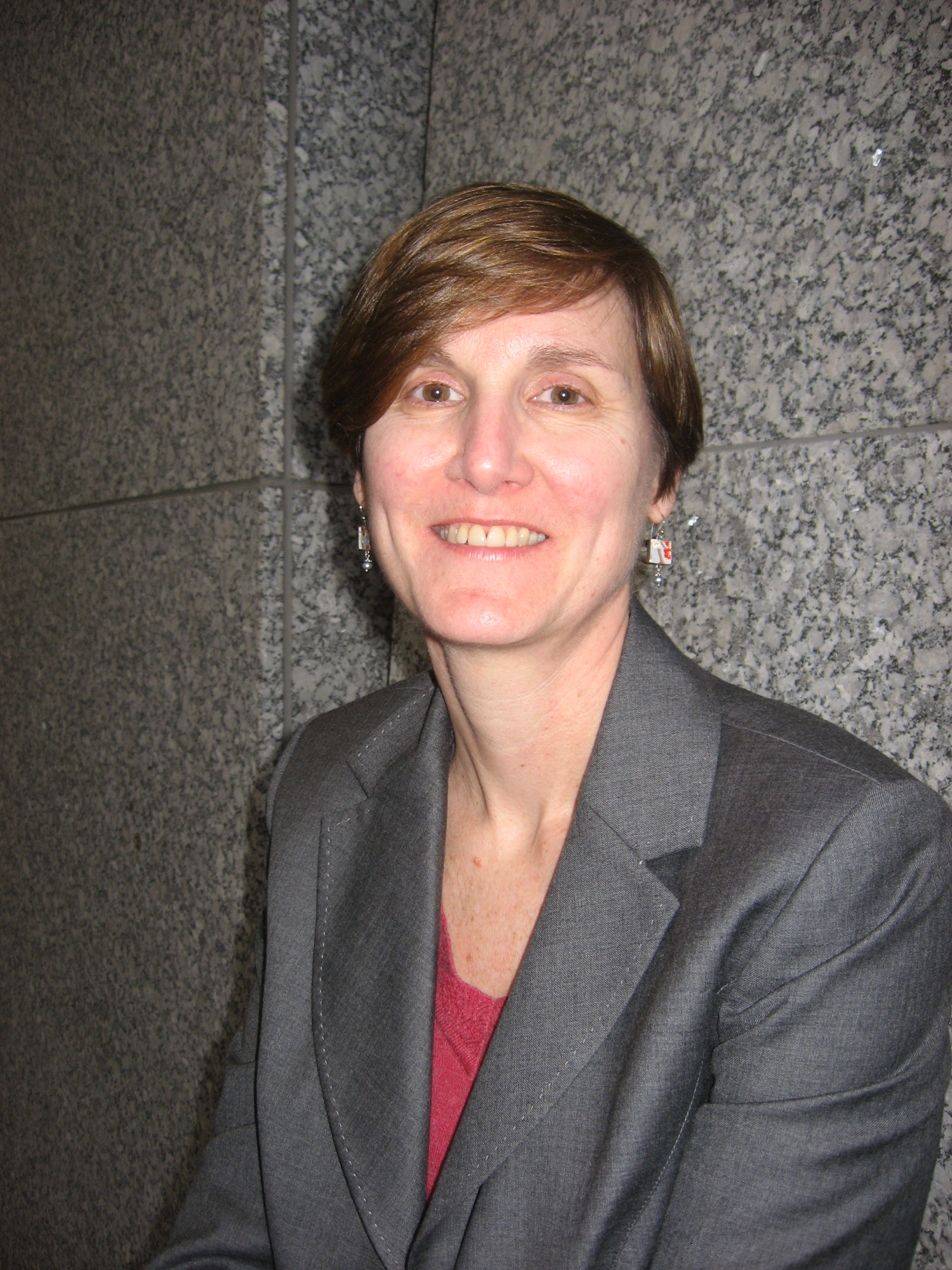 Tracey Collier is one such student who recently shared her certification success after taking the Watermark Learning PMI Professional in Business Analysis (PMI-PBA Certification)® certification prep class. Below are highlights from our conversation. Every certification journey is unique. I hope you find it helpful to hear about Tracey’s.

Andrea: What inspired you to pursue your PMI-PBA® certification?

Tracey: I’ve had the title of business analyst since 1997 and had toyed with the idea of certification, either from IIBA-CBAP or PMI-PBA, on and off during my career but it didn’t seem like the right time. Then, last year I joined a new team and for the first time I was not the only business analyst, which is great. But then my boss wanted me to lead this team of BAs and I thought, “You know, if you’re going to lead a team of BAs, then you better have a better understanding of what business analysis is and delve into it a bit deeper.” I had mentored more junior BAs one-on-one, but to be in the leadership position and out front was something different. And so for that reason, I wanted to make sure that I understood what BAs really do, because every company has their own slant and a little different take on the tasks a BA performs. Also, I thought it would help if I became more up-to-date on the tools used in the space and it would provide me with more credibility and with more confidence to lead these folks.

Andrea: You mentioned that you had considered both the CBAP® from IIBA® and the PMI-PBA® from PMI®. How did you decide on the PMI-PBA Certification?

Tracey: I’m a member of both PMI and IIBA and I have a PMP. I like both certifications. I like the IIBA CBAP® in that it is a more holistic, organizational strategic approach to business analysis. PMI was more focused on the business analysis aspect of project work. Both are good, but already having the PMP and being able to double certify with PDUs, that’s really what helped me make that decision.

Andrea: Share with us a little about your strategy for preparing for the exam. How did you get yourself ready to take the test? 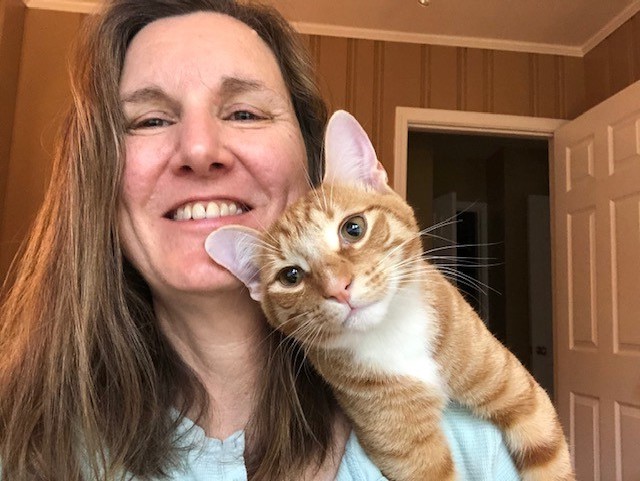 Tracey: (Laughing) Yeah, I will say that I’m a lifelong learner and a geek that likes to go to school. So that’s kind of my natural tendency to like to take classes and do this. Having taken the PMP and reading blogs that other folks have written about their experience with the PMI-PBA Certification, I knew that PMI doesn’t give these things away and that it was going to be difficult. And it was difficult. Once I decided to do it, I made the plan. I told myself, “OK, I’m going to take the prep class, then I’m going to apply for the exam, which I did.” Then once I was approved, I scheduled the exam date and from there I just decomposed the study plan by week. And I did study. I tried to take off Saturdays, but I studied at least a couple hours every day. And I took loads and loads of practice tests. I can’t tell you how valuable the test databank and tool was to me. I would take a practice exam and then I would refocus on areas I needed to improve.

Andrea: Any other study techniques you feel set you up for success?

Tracey: The other thing that was really helpful was that I made flashcards and then I made audio recordings of them on my phone. That way I could listen to them when I was working out or on a walk and I was constantly listening to the material. One other thing I did was take a couple of full practice tests just to get my timing right. Also, I drove to the testing site before my exam and I went in there because I needed to see it so I’d know what to expect. I do have a little test anxiety so that helped.

Andrea: Did you have a break in the exam?

Tracey: Yes, I was on like number 87 and I was trying to be really conscious of the time, and I was just over thinking it. I was answering everything but I had like 2/3 of the questions marked to go back and look at. At the break I walked out and I gave myself a little talk. I said, “You gotta stop this. You just have to answer it and go and don’t second guess yourself.” And I did that in the second half and I did mark a few, but maybe 10% instead of 2/3 like in the first half.

Andrea: Did anything surprise you about the exam content?

Tracey: One thing that surprised me is that the tasks that PMI considers to be within the business analysis realm and what I had actually done were different. Because there are so many different types of analysts, often people don’t understand what business analysts do. To see that from PMI’s perspective was a little surprising. I also appreciated learning about the modeling tools that are out there that I had never seen or been exposed to. Just to know that they are there and I’ve already used a few of them. Like, I’m using a traceability matrix on my ERP project and I’ve drawn an ecosystem map, so it’s cool.

Andrea: That’s great. What else has been a benefit to you in getting your PMI-PBA Certification?

Tracey: You know, I didn’t do it for a promotion or more money or anything like that, but I do think it gave me more confidence and it has certainly exposed me to a world I didn’t even know existed even though I had been working in it for 25 years (laughs). Now I understand that this is what we [BAs] do even though I may not do all of these things. Also, it has made me feel more capable and in a better position having more credibility to lead these other business analysts. Also, as a result of this, my boss has asked me to establish a Community of Practice. So it’s been good.

Andrea: Would you do it again?

Tracey: I would do it again. I don’t know that there is anything I would do differently as far as my approach. Like I say, I was heads down every day for several months. It was a personal sacrifice. I know some folks can go into it and feel like “I am going to take two weeks and go take the test” and they pass. But that is not me. Going through my approach and using Watermark Learning’s tools and the prep class made me feel like I was prepared.

Andrea: So what would be your number one tip for someone who is thinking about getting the PMI-PBA Certification?

Tracey: It would be to prepare, however that looks for you. There’s a lot of good information out there, blogs and other things. Listen to the people who have been down this path.

Andrea Brockmeier, PMP, CSM, PMI-ACP, PMI-PBA, BRMP, CSPO, IIBA-AAC is the Director of Project Management for Watermark Learning. Andrea is an experienced trainer, facilitator, speaker, and project manager with over 20 years’ experience developing and delivering certification and skills development curriculum in project management, business analysis, agile, and leadership. Andrea is highly committed to partnering with her clients through projects, consulting, and training, and seeks to make every engagement enjoyable as well as valuable.