In the project management profession, there is a movement in support of the Earned Schedule (ES) tool to provide performance metrics in terms of time instead of cost. ES is considered an alternative tool and as such, has not been fully adopted by the Project Management Institute (PMI) as of this writing nor is it included in the Project Management Professional (PMP)® certification exam. Project Managers should know Earned Schedule (ES) is a way to transform Earned Value Management (EVM) metrics into time or duration measurements. Additional study is needed to determine if it brings value to a particular project or group.

As noted in the PMI conference paper Earned Schedule, “…Earned Value Management works well for measuring cost performance, but the classic metric for schedule, SPI = EV / PV is lousy for tracking schedule.” EVM can, in certain scenarios, indicate a project is on schedule when in fact the work has continued past the original target completion date. That conundrum is the driver behind what has become Earned Schedule.

Earned Schedule is, as the name implies, focused on schedule. ES gives project managers insight into units of time or duration. The formula, incorrectly referenced as “earned schedule formula PMP” in some circles, uses common metrics but with units of time not cost. To calculate ES, the formula uses these inputs expressed in units of cost (money or time): Earned Value (EV), Actual Time (AT), and Planned Duration (PD). As included in the PMI conference paper The Earned Schedule: “… PV, AC, and EV can be calculated for any element of work to determine progress and status of that element of work.”

Formerly known as Budgeted Cost of Work Performed (BCWP), the EV is determined by multiplying the planned cost by percentage complete. It is provided in cost units.

Previously known as Actual Cost of Work Performed (ACWP), the AT is the sum of all costs for all work done to date. Like EV, it is expressed in cost units.

The duration is, of course, measured in units of time. It is the time originally planned to complete all work.

The same values used in traditional EVM work, EV, AT, and PD are used for ES. From the Earned Schedule.com site, here is a graph example showing the values:

Earned Schedule (ES) is an analytical technique providing time-based indicators, in contrast to the cost-based indicators from EVM. With the ES technique, the project manager has a status and predictive ability for schedule, analogous to the facility for cost using EVM.

Earned Schedule (ES) can be used in conjunction with traditional EVM tools because they use the same values but provide indicators for different project elements: schedule and cost respectively. According to the official site of the ES tool, “it can be used for detailed schedule analysis and that it has the potential to improve both cost and schedule prediction.”

PMP credential holders may find value in the PMI conference paper The Earned Schedule’s listing of the benefits realized with the ES tool:

Note that Earned Schedule (ES) and the term earned schedule PMP, is not currently be found on the PMP Exam Content Outline (ECO). However, it is included in the PMBOK® Guide 6th edition with the heading “Trends and Emerging Practices in Project Cost Management.”

What to know for the PMP® certification exam

Earned Schedule is still deemed an “emerging practice” by PMI yet there are tools and research to support it. To better understand the concept, know these core things:

As there is not an “earned schedule formula PMP,” no exam questions will reference the concept, even at a high level or in relation to other schedule forecasting tools that are officially part of PMI best practices.

Find the full ES toolset at www.earnedschedule.com. Stakeholders, including executives, sponsors, project managers, project team members, and customers, seek reliable tools for managing project work from concept to plan to execution. Earned Value Management (EVM) is a methodology providing insights into scheduling and costs. Earned Schedule, ES, can use the same values as EVM to provide an additional layer of insight specifically into scheduling. As it is not officially adopted by PMI for the purposes of the PMP exam, project managers must use their best judgment before incorporating it into their toolbox. 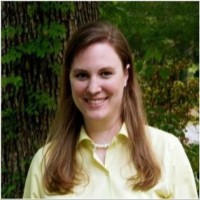